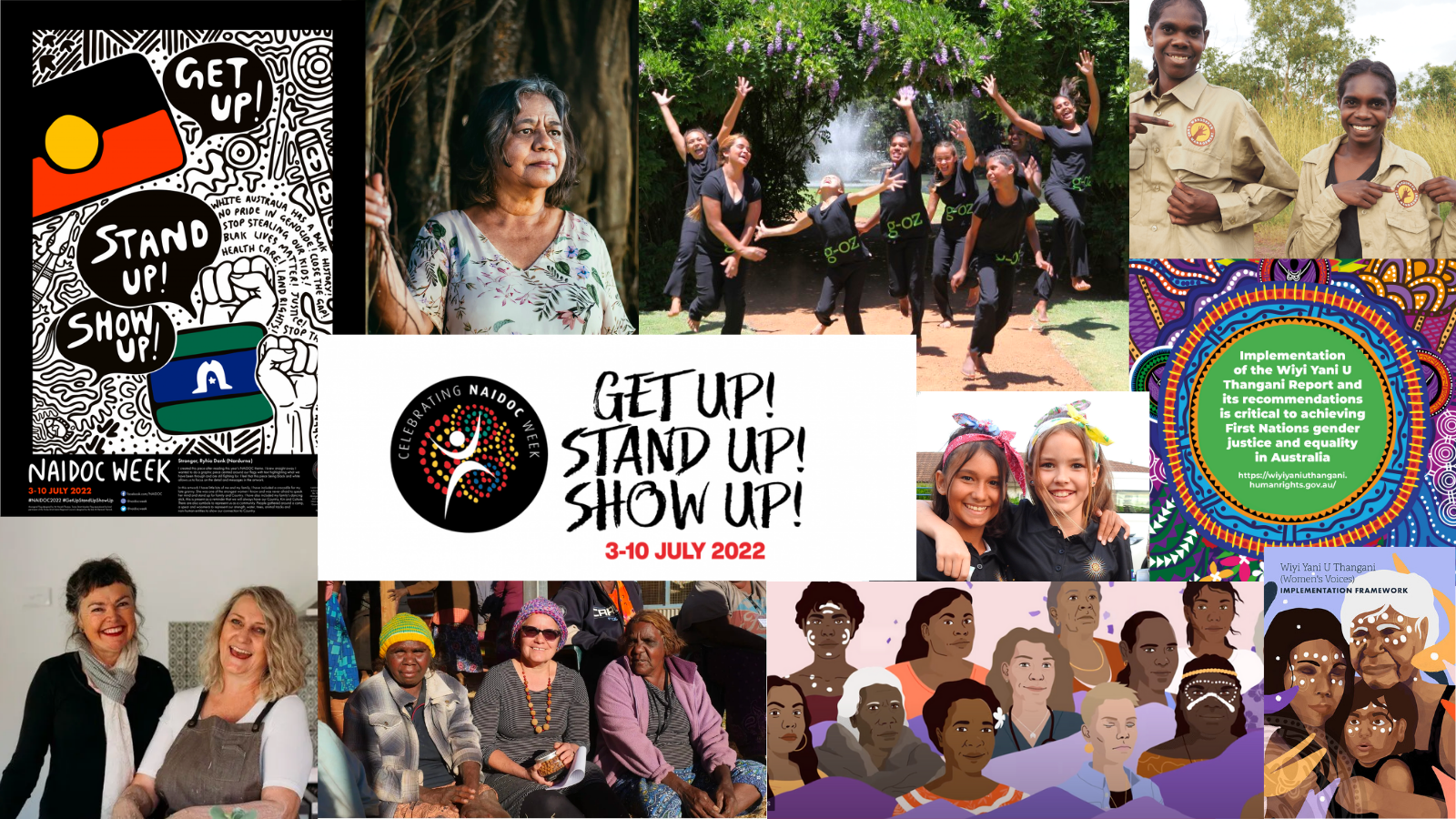 National NAIDOC Week celebrations are held across Australia in the first week of July each year (Sunday to Sunday), to celebrate and recognise the history, culture and achievements of Aboriginal and Torres Strait Islander peoples. NAIDOC Week is an opportunity for all Australians to learn about First Nations cultures and histories and participate in celebrations of the oldest, continuous living cultures on earth.

At Australians Investing In Women we advocate for, promote and facilitate Gender-wise philanthropy to increase investment in women and girls and accelerate progress to gender equality. Being Gender-wise means seeing and addressing the existing disadvantage of women, investing in the potential and power of women to strengthen communities, accelerate economic growth, and contribute diverse perspectives at decision making tables.

In your giving, consider supporting the initiatives that take into account the perspectives of First Nations women and girls and their roles in strengthening their community, country, and culture. Some highlights from our Project Showcase and beyond: 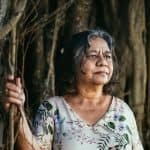 Bukal Bukal: This production aims to create awareness and help remove institutional racism and its effect on Aboriginal society through the story of a brilliant Aboriginal woman, Professor Henrietta Marrie AM, the first Aboriginal person to be professionally employed at the United Nations, bringing Indigenous people from around the world to the table for the first time. It is a story of hope and possibility – and reveals what real untethered female leadership looks like. 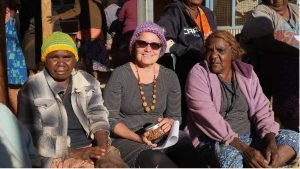 : Currently there is only 1% Indigenous representation in the bushfoods and botanicals industry (Bushfood Sensations 2019 national survey). In Australia 85% of bushfood harvesters are Indigenous women. The identified representation base for Indigenous people in the industry is alarmingly low, so any increased economic participation will have a profound effect on the livelihoods of many Indigenous women and children (who are primarily the participants of the harvesting and process culturally) – especially in remote communities.

As the industry has an estimated value of $81.5m (2020 industry market study) with an estimated growth by 2025 at $160m. This project aims to ensure that Aboriginal women’s representation and leadership in the Industry is increased, valued and secured, by growing an Indigenous Agri-Culture HUB. 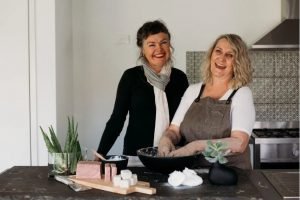 Global Sisters exists to make business possible for all Australian women, enabling them to be financially resilient and stand tall. It provides a genuine alternative for women who are unable to participate in mainstream employment or access adequate decent and sustainable work. By removing the structural and systemic barriers they commonly face, it makes self-employment a viable option for women. Since inception in 2016, it has worked with Aboriginal women across Australia and its impact is documented in the paper on First Nations Sisters on its Social Impact platform. They aim to change the national discourse on Aboriginal women’s economic participation and raise the profile of Aboriginal women’s business, both in Australia and internationally. The Global Sisters Marketplace is bursting with talented First Nations women-led micro businesses that you can support by buying from. 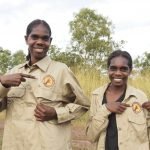 Karrkad Kanjdji Trust supports women in indigenous land management. The presence of women in ranger workforces is integral to the holistic management of Country. Indigenous women have exclusive access to certain places throughout the landscape, and are the holders of very specific ecological knowledge, including animal behaviour, habitat specifics and traditional management techniques. Strong and engaged women rangers incorporate their knowledge into landscape-wide conservation management and ensure that it is passed down to the next generation of Custodians. 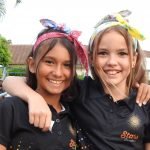 Stars Foundation provides a holistic program that supports Indigenous girls and young women to attend and remain engaged at school, complete Year 12 and move into work or further study. They achieved a Year 12 completion rate of 97% in 2020. This is an outstanding outcome, given that the national rate of Year 12 completion for Indigenous Australians was as low as 66% in 2019 (Closing the Gap Report 2020).

The Girls from Oz (g-oz) program, uses a tried and tested performing arts engagement model developed over 30 years by the Australian School of Performing Arts, to engage and re-engage females living in some of the most at-risk communities in Australia, including Halls Creek, Carnarvon, Lockhart River and Kowanyama. They collaborate with the communities in which they work to set objectives and goals, adapting their programs accordingly. The challenges faced by young people are real and significant – concerns such as high unemployment, isolation and mental health issues. While Indigenous girls are 8% more likely to complete Year 12 than their male counterparts, their Year 12 completion rate is still around 26% lower than the Australian average. While some educational engagement programs are available, there tends to be a focus on sport, and that is simply not enough – there is a dearth of programs designed specifically for girls. g-oz exists to provide an alternative – engaging girls using the performing arts to address disadvantage and break the cycle of poverty. 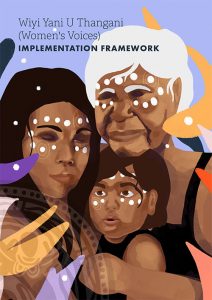 Led by the Australian Human Rights Commission’s Aboriginal and Torres Strait Islander Social Justice Commissioner, June Oscar AO, Wiyi Yani U Thangani (Women’s Voices) is a landmark multi-year systemic change project set out to capture and respond to the strengths, aspirations and challenges of First Nations women and girls. The project sets out an ambitious agenda and pathway to achieving First Nations Gender Justice and Equality through elevating significant gender-responsive and community-led initiatives identified by women and girls to overcome structural barriers. They need significant investment from all key stakeholder groups in the system. As a project of the Australian Human Rights Commission, they are not eligible for DGR and TCC status but they are seeking philanthropy from those who are not impacted by this barrier. They have many resources to help us take collective action and their implementation framework will be used to form the basis of a National Framework for Action.

Thank you for taking the time to consider and take action. Let’s continue to Get Up! Stand Up! Show Up! together everyday.

Read more about the NAIDOC poster in the feature image: Ryhia Dank, a young Gudanji/Wakaja artist from the Northern Territory is the winner of the prestigious National NAIDOC poster competition for 2022 with her entry, Stronger. 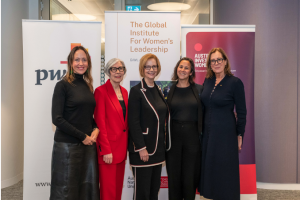