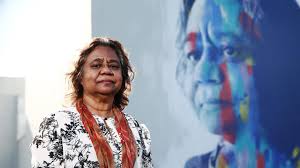 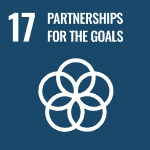 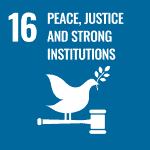 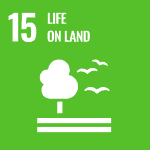 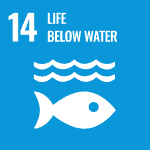 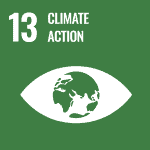 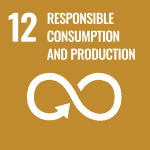 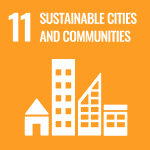 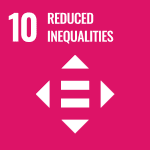 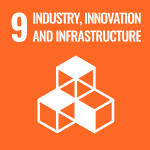 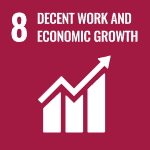 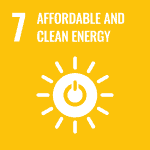 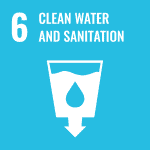 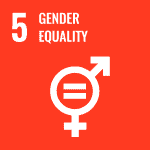 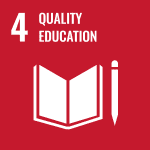 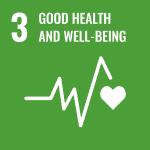 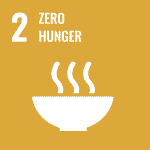 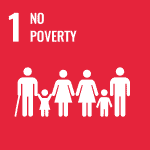 The Documentary, Bukal Bukal tells the story of Henrietta Marrie’s great-grandfather’s Shell Regalia in it’s British Museum basement prison and all that this symbolises and reveals about the human rights violations and genocide that continue today in Australia, enforced by law and policy. Henrietta reveals the direct links between institutional racism and it’s trickle down effect into Aboriginal society creating third world conditions.

By following Henrietta’s global fight from the UN to the shanty towns of Australia our history, law and Australia’s future are examined and brought to light through the matriarchal lense, where women are the teachers, the custodians of knowledge. Henrietta’s Two Way approach has been the bedrock of her success and the circular non linear Indigenous thinking illustrates how the west can learn from this ancient brain patterning to solve its current problems.

This is also a story of unprecedented female Aboriginal Australian leadership on a global stage that until now has been silenced and invisible, despite significant achievements. It reveals how women’s voices in both black and white worlds, continually fight to be heard. This story connects the past, brings it into the present revealing pathways forward for us as a Nation, and for our common humanity.

Achieve:
- Removal of racist law in Institutions and thereby allowing equality to emerge and flourish within ALL Australian society.
- Create understanding of how these ‘hidden’ racist laws affect those living in a different worldview to the west.
- Reveal the profound spiritual interaction with Country, the sacred and profound importance of ‘cultural artefacts’ and the part they play .
- Return of the stolen ‘loot’ and learn why it is so important to all of us, in ALL levels of our society.
- Acknowledgment, respect and deep listening to the Matriarchs. The restoration and validation of the leadership of the wisdom keepers who are aligned to service to their people and Country - cf. profit only ‘ethos’ of the west ,where the two paradigms currently collide.
Will lead to:
- The return of the Shell Regalia from the British Museum.
- The return of the $400million worth of Aboriginal property kept in Australian museums to their rightful owners and subsequent emergence of ‘Keeping Places’ .
- Removal of the welfare mentality approach, replaced by empowerment strategies as proven by Henrietta. Over time, changes in incarceration, suicide, drug abuse, domestic violence , generational trauma.
- Media discussion, national conversation and children running around calling ‘Bukal Bukal’ every time they hit an obstacle in life. Like Henrietta, the black lawyer vine Bukal Bukal, she goes around all obstacles and is the only thing to survive the cyclone.

We have begun meetings with an Impact Producer. Data collection will be organised through her. Comprehensive Media saturation creating National conversation, reaching grassroots change in schools and tertiary, and change in government policy and law, societal and business practice:
Workbooks, talks, screenings and education strategies are planned to accompany screenings, appropriate to each institution and policy makers within Australia. Also for Corporations and Business Leaders creating immediate policy shifts.
Primary, secondary and tertiary education play a big role, especially with regard to Two Way thinking and behaviour. Online professional development for teachers is being considered. New lecture series for universities.
The strong Indigenous cultural aspect to this story will take the documentary to the International Film Festival circuit and the Repatriation theme, currently very strong in the zeitgeist, will drive further sales in television.

The Documentary Australia Foundation (DAF) aims to inspire and nurture partnerships between philanthropic individuals, private foundations, charities and documentary filmmakers. DAF provides expertise, information, guidance and resources to help each sector work together to achieve their goals. DAF does make or commission films. We manage and receive grants and donations which are directed either towards our own operations or to specific film projects.
View Website

Reach delivers 100% youth led workshops that develop the social and emotional wellbeing of young people. Our facilitators are armed with the kind of insight only another young person can truly understand.
Explore Project

In Tanzania, 80% of girls don’t have the ability to manage their periods hygienically due to a lack of access to purchase sanitary products as well as lack of ability to pay for them. In mountainous and rural areas, pads are almost impossible to find in stores, even if girls could afford them.
Explore Project

Context • PNG currently has a Gender Inequality Index score of 0.71, the highest in the Asia-Pacific region • Around two thirds of PNG women report experience of gender-based violence (GBV) in their lifetime. • GBV is seen as a...
Explore Project

Our Foundations approach is to provide a comprehensive, ‘360-degree’ support program, which targets the 60% of under qualified teachers in Tanzania. The program operate through a designated a ‘Teacher’s College’ in Arusha City, being a middle ground service, supporting teachers...
Explore Project